When the National Congress of Communes 2.0 closed this February 10, President Nicolás Maduro, who was very involved in the development of the event, delivered two key projects of law to the President of Parliament, Jorge Rodríguez: the Law of Communal Cities and the Law of the Communal Parliament.

These projects were presented during the political campaign for the parliamentary elections, and they have been expressly drawn up by the Communes’ teams that participated in Congress through 698 proposals.

From these, a total of 406 were registered by the spokespersons of Communes and Communal Councils, while 292 corresponded to the representation of social movements.

Chavismo and the apparent incongruity of dollars and Communes

It’s important to escape from this narrative, this Manichean trap, by analyzing the national reality.

Basically, the economic blockade against the country has significantly degraded the State’s ability to arbitrate internal economic factors and sustain the entire system, as had been the tradition in a hundred years of oil rentierism. At present, the model for sustaining the economy and the core factor of the country’s politics and income is dying, disfigured by the pressures of the blockade.

This unique situation for Venezuela’s politics and economics forces the management of the State to be particularly guided by pragmatism, especially in the economic sphere, in ways that have not been seen in more than 20 years that Chavismo has been in power.

Chavismo has had to implement and tolerate a set of rule changes, based on superior factors and forces that it cannot control, precisely because the economic capacities of the State have been decimated. In this sense, it’s convenient to highlight not only the external blockade, but also the advance in the domestic economy of phenomena such as the partial dollarization of commercial activities, as well as flexibilities in economic policy, and mechanisms to revitalize the internal apparatus beyond the management of the State, which have been accepted by the government itself.

Hence, what some consider acts of “regression” for the Chavista leadership are acts of congruence and pragmatism in response to conditions imposed by circumstance. For Chavismo, these conditions require adaptation, otherwise Venezuela risks being overwhelmed by total economic paralysis faced by the blockade. 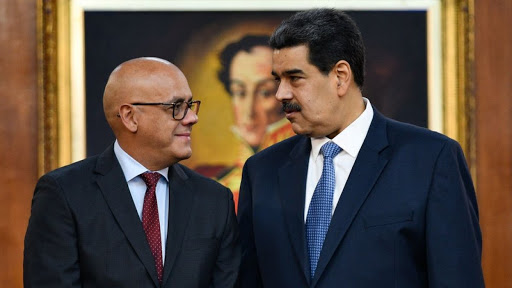 In this context, Venezuela launches these two projects of community laws, demanded for years by those that fought for the construction of Communes in the country.

President Maduro proclaimed that the Communes are features of the “new State” that must germinate, consolidating the national political space in a framework of resistance. “We have to build the forces of the future, the moral and new strength of the country—the communal forces, the popular forces, those of the working class, and rectify everywhere where mistakes have been made,” said Maduro.

Maduro foresees that, for this year, the goal of building at least 200 Communal Cities will be met according to the principles of the proposed laws. He spoke of development priorities for Communal Cities, among which he listed: the drafting of simple laws that serve the people; local public services, controlled by the popular power; and the role of the Communes in productive activity.

In other words, the proposal consists of political and economic empowerment, self-managed by the Communes, within a framework of economic and financial aggressions that have broken the traditional forms of economic and political management in the country, which emerged within the rentierist, representative, vertical and clientelistic State that defined national life for decades.

There must be an acknowledgment of circumstances. Chavismo understands that in some areas it has to compromise, while in others it has to move forward, and that these situations are imposed by the forces that cannot be controlled, but rather must be managed. Just as in a context of war, which is what there is against Venezuela, there is a relation between the apparent setbacks and the advances, because they are based on tactics.

There’s a recognition of the dismantling of the traditional rentier State, which demands a transformation of the forms of government, and the acceleration of mechanisms of political and economic management beyond the State.

Seen like this, there are no incongruities. The national political and economic moment itself, with all its contradictions, has been the motive force for the clear leap forward towards the Commune.

A strategic approach on several front

The intention is ambitious; it consists of reverting from the depths, from the very bowels of the country, the local management models—not under the condition that oil be at 100 [per barrel oil price] as was intended in another era, but under the most exasperating conditions that the country’s economy has known throughout its history.

Hence, the advance in politics, in the country, now becomes a clearly strategic factor for Chavismo. Collapsing rentierism imposes new forms of public management in matters of state services, in sensitive areas such as the distribution of domestic gas or access to drinking water.

It’s also a fact that the reduced capacities of the State, the reduction of its institutional muscle, now requires concrete and firm action from the sectors organized from below, to be managed by and from the communities.

It’s also relevant to mention that the national economic recovery we aspire to, given the reduction of the economic capacities of the State, should not remain in the exclusive hands of private capital, if such a thing is possible, since private capital by nature can only recover itself and it leaves little for national aspirations. Chavismo continues to look at the economic and productive potential of the Communes as incipient economic actors, but with the capacity to impact local economies through the production and distribution of goods and services. That’s another point to consider. 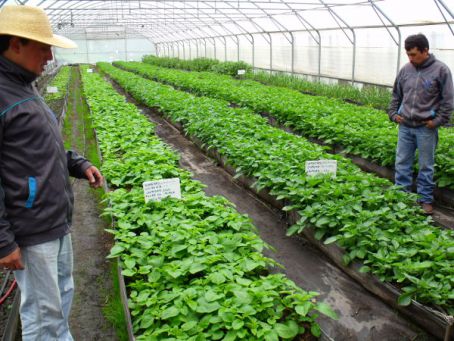 The launch of the Communal Parliament Law consists of a political empowerment that will be essential for the development of local life, to re-politicize and revitalize the participatory nature of Chavismo. Next, the Communal Cities Law will establish management mechanisms from and for the Communes, and create a stable environment for the management of public services, social production and the flow of goods and services.

Along these lines, Maduro has opted to “oil” the resource base for these efforts. He said that the devaluation induced in Venezuela forces the State to use the petro as an instrument, with which it will create another milestone in national life, another achievement unique to Venezuela: Chavismo aspires to build spaces for local self-government, financing this great aspiration through the use of a sovereign cyptocurrency.

Perhaps the latter doesn’t mean much because of our tendency to trivialize national politics, but let’s look at it in comparison to similar accomplishments.

We know about bitcoin and that, in Denmark, it’s used to buy pizzas for delivery, for example, and that now it can be used to buy a Tesla vehicle. Due to its characteristics, bitcoin is frequently called a “counter-hegemonic instrument,” opposed to world finance as we have known it. In a way it is, because of its distinct name, but its contribution will be enormous for capitalism in the future.

What to say then of the petro and the capacity it could have to finance and favor the construction of socialism in Venezuela, for self-management and deep democracy, in the country that’s the greatest epicenter for imperialist pressure in the Western Hemisphere?

The expectation is that, in the medium term, the Communes and Communal Cities will create an environment for local and political management removed from bourgeois political organization models. Additionally, through the use of the petro and its incorporation into daily operations, channeling the exchange of goods and services will revitalize the local economic space.

The appearance of these bills at this time is a product of what Venezuela has faced in recent years. The adverse situation itself has driven these proposals. In Venezuela, the damage that has occurred in the years since the economic boom has put an end to paternal management models, and made way for the everyday management of public policy with limited resources, one day at a time, in a state of permanent contingency, relying on the leadership of the base forces to execute them. The CLAP, UBCH, Community Councils and the vanguard feminist political fabric in the communities have been crucial to dealing with the population’s deficiencies and demands.

Hence, the natural forces of internal politics have made it possible to make this leap, a commitment of President Maduro’s. Although this year of regional elections could mean a withdrawal of the alternative management forces [the Communeros], for the president he hopes for the opposite, and that is another strategic front to consider.

This is a venture that will bear fruit, after much trials and tribulations, when the dispute between the old State and the emerging communal State is consummated. You’ll stumble, you’ll meet obstacles, let us not doubt it. But today the success of this venture rests on the accumulated experience that Chavismo has in organizing within the core of the nation.