The concrete threat of liquidating the CITGO Petróleum Corporation, a company based on US soil and owned by the Venezuelan State, has reached a new climax.

According to the Argus Media website, Judge Leonard Stark of a court in the U.S. state of Delaware, gave the green light to the Canadian transnational Crystallex to proceed with the sale of shares in the company, which is a subsidiary of Venezuela’s PDVSA, in order to enforce the $1.2 billion levied against Venezuela for reparations not recognized by the Republic.

The measure by this court has once again been repeated, as it has ordered the sale and liquidation of CITGO's assets on several occasions.

The dispossession of CITGO assets now only depends on the United States Department of Treasury's Office of Asset Control (OFAC) granting a special dispensation. Previously, this US office granted a "protection" to all CITGO goods and assets until July 21, 2021, but this measure can be lifted at any time during the new presidency of Joe Biden, advancing the Canadian company’s claims.

Crystallex is not the only one interested in taking chunks out of CITGO. In October of last year the Department of the Treasury issued an extension of CITGO's "receipt" through the 5E license. This means that the holders of the PDVSA 2020 bonds, which were backed with CITGO shares as collateral, will not be able to proceed with any legal action to collect the collateral on the subsidiary that expires on January 19, unless OFAC expressly allows it.

CITGO - in the bowels of American interests

The fate of CITGO, which is subject to arbitrary actions of the Treasury Department and to disputes in US courts, has remained outside the designs of Venezuelan sovereignty since the Trump Administration formed the fake government represented by Juan Guaidó, thus "legitimizing" a de facto confiscation of Venezuela’s main assets abroad.

The coercive and unilateral measures issued against Venezuela since August 2017, have prevented the country from assuming its obligations to debt creditors. In this way, the US authorities deliberately placed CITGO at high risk, as a prelude to the asset freeze that came into effect in 2019 simultaneously with the US’ sponsorship of Guaidó. 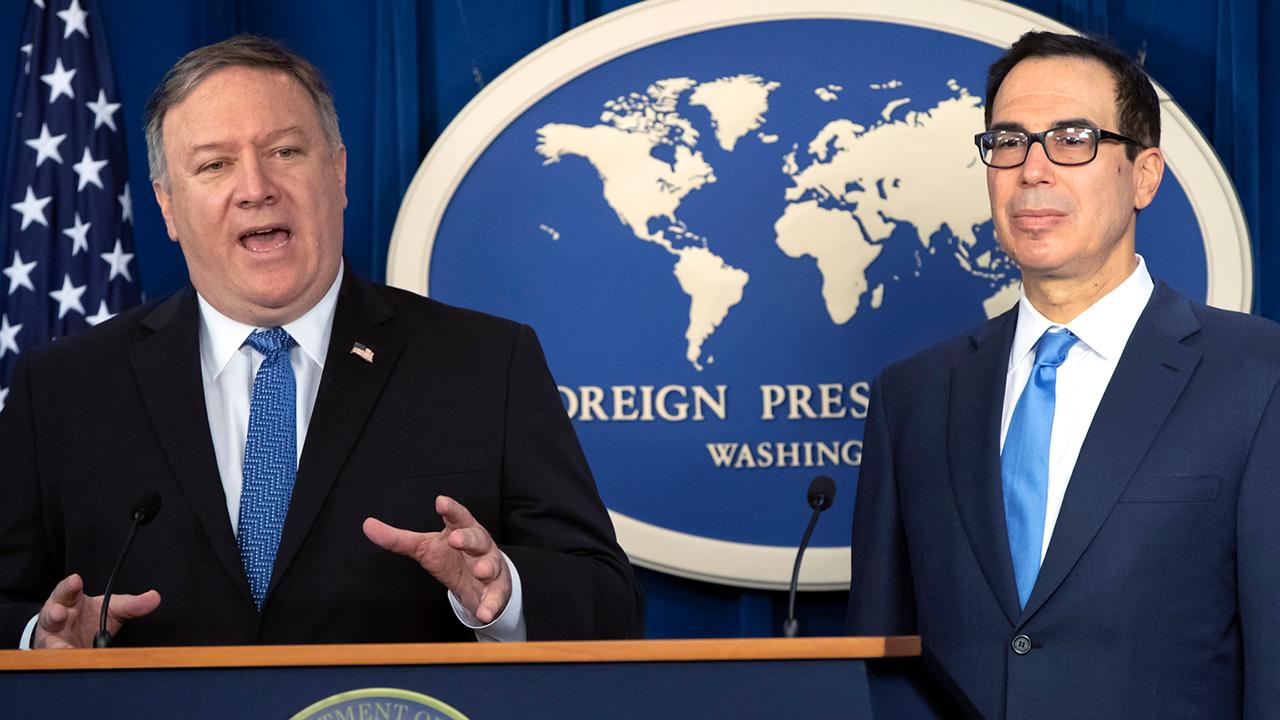 In US courts, CITGO has not had been defended by legal teams of the legitimate authorities of Venezuela. Rather, the company has been “defended” by the fake attorney's office represented by José Ignacio Hernández, who is accused of negligence and is also clearly subordinated to those interested in dismembering the company, as in his previous work Hernández worked for the plaintiff, Crystallex.

Until now, the seizure of CITGO assets in favor of Crystallex and PDVSA 2020 bondholders, had been contained by the formalities that the Treasury Department had imposed through remote-controlled, political means by the Trump Administration. In this way, the former president had delayed the fragmentation of CITGO's assets so as not to deal with accusations that would damage the image of supposed "protection" of Venezuelan assets, with which his de facto dispossession was justified to the public.

Other political factors included the evidently high political cost that the Venezuelan opposition would face if CITGO were lost definitively. Also, as the presidential campaign put Joe Biden and Donald Trump in a fierce dispute for votes in the strategic state of Florida, the issue of Venezuela became a key part of the campaign and the search for the vote of the Venezuelan diaspora. In this way, these political conditions have held back the rulings in favor of those interested in taking the assets of the Venezuelan state. But these circumstances have now changed or lost relevance.

The Biden Administration has inherited an important conundrum. CITGO Petroleum, based on US soil and historically subject to the corporate guarantees of US law, is at the center of politically inspired attacks by the US government to dismantle the legitimate power of Caracas.

Biden will now be responsible for continuing an increasingly unsustainable and indefinite "protection" of CITGO through the offices of the Treasury Department, authorizing its dismemberment in favor of the plaintiffs against Venezuela or, finally returning it to the nation. The latter situation was supposedly in the event of a successful regime change in Venezuela. For now, and without detente between Caracas and Washington, it is not expected that the economic aggressions against Venezuela will de-escalate, or that this important asset will be returned to the sovereignty of Venezuela.

It is highly probable that the Biden Administration will continue (albeit in possibly new terms) to support Guaidó’s parallel government, implying a continuity in the CITGO hijacking.

This opens up the possibilities that the new "authorities" appointed by Guaidó to CITGO Holding may soon negotiate with Crystallex and the bondholders to new terms and give in to pressure and carry out, among various possibilities, an orderly adjudication process of or agreed sale of assets, a payment schedule through the issuance of debt to pay the plaintiffs, or some other negotiation strategies to mitigate or hide the loss of physical and financial assets.

The important thing in this scenario is that said measure would be at the discretion of CITGO acting under "friendly" channels and not through a decision that politically falls on the Treasury Department yielding to the Delaware court, who have already ordered the parties to reach agreements for the distribution of goods.

In that context, there would be obvious “damage control” and an assigning of political responsibilities, with the Venezuelan opposition dealing with most of these. However, within the current political picture and in the midst of a polarized American policy, which takes place in a disorderly and complex transition of command, it is likely that the Biden Administration will derail CITGO, claiming its loss as a trail of bad decisions by the Trump's failed strategy against Chavismo, something that could be politically managed in public opinion incorporating the alleged negligence of the Bolivarian government as the alleged cause of the loss.

In short, CITGO's risk is of such magnitude that its assets are obviously compromised. In a statement, the Venezuelan Foreign Ministry rejected the decision of the Delaware court and in specific reference to Judge Stark decisions stated: “The action of the American judge, Stark, is so hostile to Venezuela that it signals to other creditors who were not parties to this trial, that they are claimants in the free-for-all that [Stark] has declared on CITGO's stocks."