The most violent oligarchy in the continent needs a powerful enemy to invoke fear. After the signing of the peace accords with the FARC-EP in 2016, the Colombian State, intoxicated with triumphalism, began to speak of a post-conflict era and joined NATO in 2018. Its calculations were that after the signing of that peace accord, it could achieve an end to any form of popular resistance without repairing the injustices that are at the root of the social and armed conflicts in Colombia. This triumph would make the supposed post-conflict period the best time to continue the dispossession of the people that had been limited by the civil war, and would lead the Colombian military forces to become agents of the global imperialist war.

As always, history surprised everyone with its complexity, and nothing turned out as simple as they had been planned. First, their own determination to announce the end of the main “internal enemy” made complicated the justification of State terrorism without which the Colombian State did not know to govern. Second, the people and their social leaders did not surrender despite the genocide and the fury with which the State has been executing them.

They decided then to resume other terrorist practices such as the massacres that they have been carrying out even in the heart of Bogotá, the capital. They are indiscriminately prosecuting those who protest, economically destroying the working people, allowing the pandemic run freely, strengthening the monopoly of the communication companies to show a country that does not exist, and even so, the Colombian popular struggles, hurt and in pain from bleeding, persist courageously.

To make matters worse, as Trump did in the United States, Uribe deepened the polarization of the Colombian right that is now frankly divided between Uribistas and non-Uribistas, and that dispute has reached even the Military Forces and, of course, the bases of their parties.

The drama of not having a sovereign foreign policy

A minimal criterion of reality changed the use of the term “post-conflict” to “post-agreement,” but the challenge to the Colombian State and the imperialist powers was how to continue the justification of internal violence, the increasingly public use of Colombia as a US military base, as a beachhead to attack Venezuela politically, economically and even militarily, as an agent to relaunch the Monroe Doctrine over the region and as a transnational army.

The answer is already in the headlines of Colombian media corporations, according to which Colombia faces nothing less than Russia, Cuba and Venezuela, who, according to these media, have conspired to intervene and destabilize the country and place a useful cadre in the presidency who would be aligned to their interests in the 2022 presidential elections. The cumbersome montage with supposed intelligence documents, which are never revealed, would be laughable if it did not have such dire consequences.

In principle, the subordination of Colombian foreign policy to US interests is not only leading the country to break relations with other countries of the region and attack them, but is also immersing it in a conflict between world powers. Unlike his allied counterparts, Piñera and Bolsonaro, Duque has started diplomatic conflicts with none other than the powerful Vladimir Putin government, accusing Russian embassy officials of espionage and expelling them from the country. 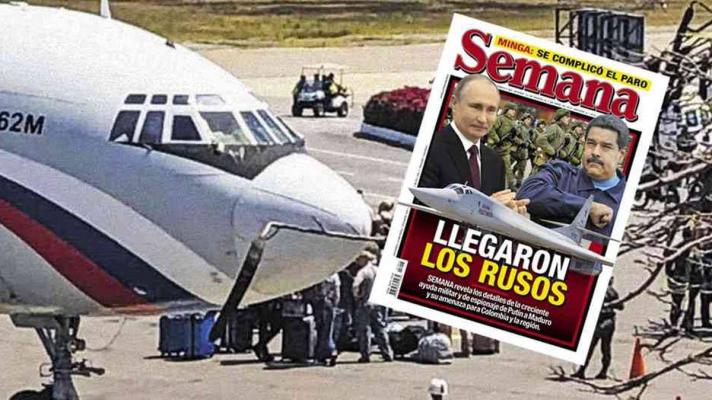 To the use of the tired ghost of “Castro-Chavismo” is now added the accusation of Cuba for refusing to violate the protocols that it signed with the very same Colombian State to host the process of dialogue with ELN (the other armed revolutionary group in Colombia apart from FARC), accusations with which the Duque government gave more arguments to the United States to intensify the criminal blockade against the island country, and also accuses Venezuela with the same plot. Likewise, the Colombian administration is once again taking to fantastic dimensions the powers of the Bolivarian government by assigning to it responsibility for all the popular protests that have arisen in the region in the last two years.

The Uribe government is turning the country into the battering ram of the United States against the world, in spite of knowing what this has already cost and what it may still cost the Colombian people, whom the government intends to eternally condemn to war within and outside its borders.

Since Álvaro Uribe Vélez became president of the Republic of Colombia in August 2002, he and his candidates have not left the Casa de Nariño. He first succeeded in legalizing the possibility of his immediate re-election with his usual methods which include buying of votes, with which he subsequently won the presidency again in 2006. In 2010, he appointed as his successor his Minister of Defense, Juan Manuel Santos, who was elected for two consecutive terms during which occurred a significant rift between the powers around Uribe and the economic and political interests they embody, powers that are distinct but not contradictory. Lesson learnt, Uribe chose for the next term (2018-2022) someone with less capacity to challenge him than Santos, raising Iván Duque on his shoulders to the presidency. Duque was practically unknown in Colombian politics until then, and his main talent is to remain subordinate to the former Colombian president to the point of becoming the weakest person to ever hold the office. In summary, during the last two decades, not only has Uribe either occupied the presidency or appointed whoever he wanted in that position through pressure and irregularities, but also his policies have become doctrine for a sector of the Colombian right that is particularly close to drug trafficking and paramilitarism. Also, it would be a great mistake to deny that he too has had his moments of very high popularity.

As soon as Uribe was victorious in the 2018 presidential elections, we said that it was the beginning of an epoch of Uribism without Uribe, and we warned that if he did not know how to step aside for US interests, the United States would end up discarding him as it had done before, for example, with Noriega of Panama. But the ego of the former president who believes himself to be the eternal president prevented Uribe from doing so, and at present Uribismo is at its worst; it has lost popularity, and its legitimacy in the United States is highly questioned, especially because its links with drug trafficking and the incidents of human rights violations are increasingly difficult to brush off under the carpet, despite the very expensive lobbies that his family has paid in the political spheres in the North. The closing of ranks of the ruling party, the Democratic Center, with Donald Trump placed it in the worst position before the new US president and, although this will not change the fundamental consensus that the US authorities have about Colombia, it might affect the support of the White House for the Non-Uribista candidate selected to take charge.

Colombia is a country where de facto powers like drug trafficking make the Executive Branch a small piece of real power, however coveted. If there is no radical change, what can be foreseen about the upcoming presidential elections is that Uribismo will finally lose, but again they will try to keep the establishment safe.

This became palpable on October 27, 2019, when posts of governors, mayors, departmental assemblies, municipal councils and local administrative boards were contested and the big loser was the Democratic Center, but the victorious coalition was mostly of alliances led by the party of former president Santos, party of the U, Radical Change, Conservative and Liberal Party, that is, the usual ones.

They are so afraid of allowing any possibility of popular organizations or candidates getting close to power that even a man from the center like Gustavo Petro causes them fear and they line up all their weapons against him and have even begun to assassinate local leaders of his political organization.

The Colombian lobby in the United States will surely focus now on seeking support from the current US administration for a coalition of the center, center-right and non-Uribista right that could place in power, for example, someone close to former president Santos, such as Senator Roy Barreras. 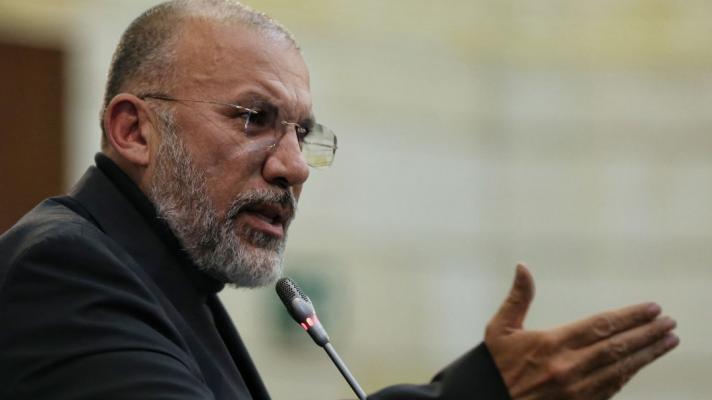 But for now Uribismo continues in the presidency, concentrating the powers of the State in institutions run by its acolytes. From there, the government has decided to emulate Trump, starting from over a year before to find excuses for the highly evident defeat that it will suffer in the presidential elections of 2022 with tabloid press headlines in which it accuses Cuba and Venezuela of interfering in that process, with unsupported arguments and fabulous stories in which the PSUV and the Francisco de Miranda Front are even mentioned as operators of this fantastic task.

With this new media and psychological war operation, they not only continue to try to justify their role in defending imperialist interests in the region and the entire world, but they also underestimate and criminalize all over again the Colombian people and their determined desire to build true peace.