The recent arrival of U.S. President Joe Biden on European soil is preceded by a scandal that could influence the diplomatic agenda that the Democrat intends to develop in his first visit since he was elected last December.

“Something is rotten in Denmark”

At issue is the revelation of more information about the case in which Danish intelligence services colluded with the U.S. National Security Agency (NSA) to hack into phone calls and emails of other European governments. Although this was during the previous Obama administration, in which Biden was vice president, there is no reason to believe that such a practice has stopped despite Washington’s claims to the contrary.

The operation would have been dubbed “Operation Dunhammer” and allowed U.S. espionage to obtain data using the phone numbers of political leaders as search terms.

In addition to prominent German political figures, the NSA also tapped into the communications of senior officials in Sweden, Norway and France, according to the data studied, which covers the years 2012 and 2014. 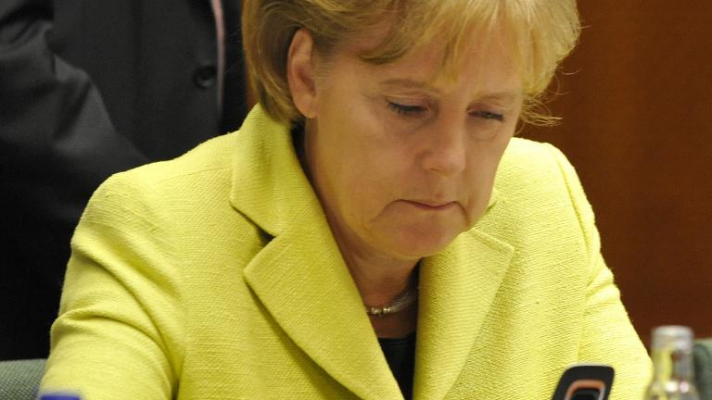 An internal working group of the Danish Defense Intelligence Service determined in 2015 a secret investigation that was revealed last May 30 by Danmarks Radio (DR, Danish Radio) in collaboration with journalists from SVT, NRK, Sueddeutsche Zeitung, NDR, WDR and Le Monde. DR confirmed, through nine sources, that the leadership of the Danish Intelligence Service was aware of the NSA spying but did not see this as a reason to cease cooperation with the U.S. agency. Already last year the internal scandal was such that it led to the dismissal of these leaders.

Reactions of (not so much) indignation

There were responses and comments at different levels in European governments, measured indignation as a common factor.

French President Emmanuel Macron stated that “The case goes back years. But if the information is true, it is not acceptable, even less so between European allies”, after his bilateral consultations in virtual format with German Chancellor Angela Merkel, whose phone has been tapped by the United States for years, and said: “What I said then is still valid now. There can be no spying between friends,” adding that he expects “total clarity” on the recent revelations. 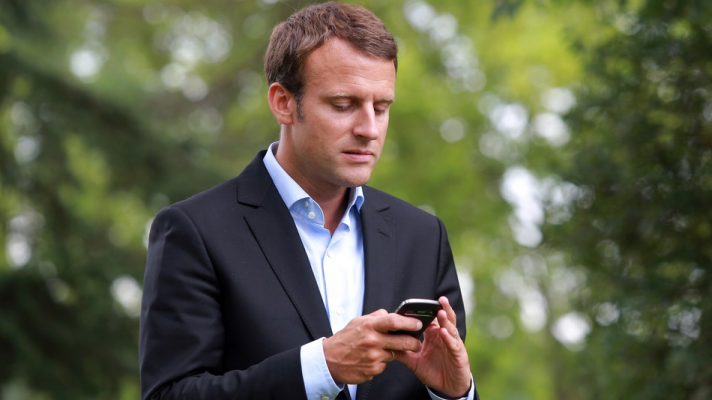 The German federal government, through its spokesman Steffen Seibert, declared at a press conference that it is not ready to confirm whether it will continue to cooperate with the Danish intelligence agencies and “has taken note of the report and is in contact with all relevant national and international bodies to clarify it.”

Peer Steinbruck, former German finance minister and one of the alleged targets of U.S. espionage, called the situation scandalous.

Norwegian Defense Minister Frank Bakke-Jensen said Oslo “will take the allegations seriously” while his Swedish counterpart Peter Hultqvist demanded “to be fully informed about matters concerning Swedish citizens, companies and interests”. Speaking to national broadcaster SVT, he added: “And then we have to see how the response from the political side in Denmark sounds.” He has officially contacted France and Germany as well as the United States for clarification.

Jens Holm, a member of the Swedish Parliament for the Left Party, called for the names of politicians who were spied on by the NSA to be revealed, adding that the situation evokes memories of the Cold War.

The European Commission (EC), staying on the sidelines, recalled: “There is not much for the EC to comment on in general terms. National intelligence service matters are a national competence, it is up to the national authorities to supervise their own services,” said EC spokesman Christian Wigand.

He added that “Data traveling outside the European Union must remain secure. This is a very important issue for us. We have intensified negotiations with the United States about it,” hoping that they will manage to find a solution and stressing that, in the meantime, they have other tools that they can “use as a security measure.”

The secret internal investigation to the so-called “Operation Dunhammer” originated from suspicions that Danish intelligence provided the United States with access to its Internet cables and after the leaks of Edward Snowden, who in 2013 revealed a large number of documents on the working methods of the NSA.

The former CIA and NSA contractor, who lives in Russia after unveiling the massive U.S. spying program and seeking asylum in Moscow, spoke out after DR’s publication and accused Biden, of being “deeply involved” in the situation.

Biden is well-prepared to answer for this when he soon visits Europe since, of course, he was deeply involved in this scandal the first time around.

There should be an explicit requirement for full public disclosure not only from Denmark, but their senior partner as well. https://t.co/TJL7gr6dy8

Among Snowden’s explosive revelations at the time was that the Obama administration was involved in spying on German Chancellor Angela Merkel. At the time, the German government confirmed having information that pointed to U.S. espionage tapping a cell phone Merkel used between October 1999 and July 2013, and also made it known that the chancellor had phoned Obama, demanding an explanation.

Then, the White House did not categorically deny the spying, but said that the phone of the head of the German government was not tapped at that time and would not be tapped in the future.

Following the leak, Snowden was charged with theft of government property, unauthorized communication of national defense information and willful disclosure of classified intelligence communications. Prior to that, however, senior U.S. intelligence officials had publicly repeated that the NSA had never knowingly collected information from private phone records.

Armies Behind Enemy Lines: A Practice with a Long History

An extensive investigation by Swiss historian Daniele Ganser, NATO’s Secret Armies: Operation Gladio and Terrorism in Western Europe, details how military secret services in certain European states such as Denmark were involved in serious crimes and terrorist acts, regardless of whether their superiors knew about it or not.

During the Cold War, NATO and the CIA sponsored numerous Stay-Behind networks (spies “behind enemy lines”) in many European countries with the intention of activating them in case the Warsaw Pact countries attacked them or any communist party in these countries came to power democratically, or there was even any “threat” to the status quo favorable to U.S. interests.

These groups were funded, armed and trained in covert resistance activities, including assassinations, political provocation and disinformation tactics. The most famous of these NATO operations was Operation Gladio, whose existence in Italy was acknowledged by Italian Prime Minister Giulio Andreotti in 1990, but the aforementioned networks also existed in Belgium, France, Germany, Greece, Italy, Luxembourg, the Netherlands, Norway, Portugal, Spain and Spain.

In Italy they were responsible for terrorist actions such as the massacres of Peteano (1972), Piazza Fontana (1969), Bologna train station (1980) and the failed Borghese Coup (1970).

In Latin America its analog was Operation Condor led by Licio Gelli, head of the Propaganda Due (P2) lodge, Stefano Delle Chiaie and several members of the junta of former Argentine dictator Jorge Rafael Videla who were members of the P2 lodge, such as Raul Alberto Lastiri and Emilio Eduardo Massera. Also José López Rega, advisor and minister during the government of Isabel Perón and founder of the Triple A. 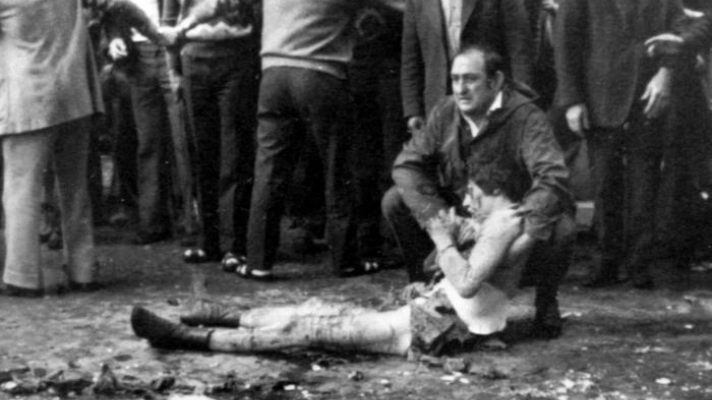 Gladio networks were, and possibly are, linked to neo-Nazis and other fascist movements in almost all European countries. In Denmark the “Absalom” group was active since 1945 with the same task and coordinated with the rest of the networks. It was named after a Danish bishop from the Middle Ages who fought the Russians sword in hand, and “was composed only of men with very conservative ideas and whose anti-communism was therefore beyond doubt,” a former member of the network recounted in 1990.

Ganser details that the “Absalom” network was for many years under the direction of E. E. Harder, who was nicknamed “The Bishop.” He also recounts the revelations of former CIA director William Colby about how “the action of these networks had to be coordinated with NATO plans, their radio antennae directed towards future exile destinations and the equipment provided by the CIA had to be hidden in caches under the snow, with a view to its future use”.

The focus of Gladio in Denmark was Ebbe Munck, a central figure in the Danish secret services and a veteran of the resistance, who later became a diplomat and one of the advisors to Queen Margrethe of Denmark. The secret army was integrated into the military secret services FE (Forsvarets Efterretningstjeneste). Although there were weapons scattered all over Denmark, they were never used in the conduct of terrorist operations.

The officers of the “Absalom” network were trained in the conduct of clandestine missions and special operations with agents of the other European Stay-Behind, NATO, CIA and MI6. The Danish press revealed how they also participated in particularly sensitive operations in the communist countries of Eastern Europe, secretly traveling to the United States for special training, probably at the CIA’s special operations training centers or at the special forces headquarters at Fort Bragg.

It also maintained a close link with NATO and the SFs according to the scheme already applied in Italy, Belgium and France, and eventually gave up secret operations to create organizations that would serve as a front to promote its own ideology under the name of Pindsvinet.

The history of Gladio in Denmark does not make the organic linkage of U.S. intelligence with the Danish military intelligence services surprising, as there is the same connection with the rest of Europe.

Biden’s visit to Europe aims to reorder the U.S. relationship with the rest of NATO after the estrangement generated by Trump, who had maintained a compulsive drive to subordinate the old continent and some enthusiasm with the offensive nature of the Atlantic alliance. The former president accused NATO of taking advantage of his country, insulted the EU and walked out of a G7 summit in Canada in 2018.

Added to this is European belligerence in the face of tensions on Ukraine’s borders and unsuccessful attempts by U.S. elites to stop the advancement of the Nord Stream 2 gas pipeline that would link Germany and Russia as strategic partners, in the face of which Biden has considered lifting unilateral coercive measures against the energy project.

Also the lack of reciprocity from the Biden administration following the EU decision to reopen its doors to U.S. travelers caused as much discontent as the bewilderment following the announcement of the withdrawal from Afghanistan without any real prior consultation.

Spying may be an uncomfortable topic within NATO, but more because of the alliance’s familiarity with the practice, it has always been a sign of attempted dominance (if you trust, you don’t spy). No voices have been raised in Europe complaining about the commercial advantages gained through espionage by the U.S. military-industrial complex on issues as dense as defense.

The balance in the purchase and sale of arms is simply tipped towards the United States, especially when Big Tech, which recently demonstrated its partiality for Biden in the last electoral process, is one more tool of espionage and is advancing unchecked in the capitalism of surveillance.

Finally, the question remains in the air as to what would have happened if China, Russia, Iran or Belarus had been the countries involved in a network of espionage against European government leaders: How many “sanctions” would have been applied?