In recent statements before a court in Colombia, one of the most important paramilitary leaders, founder of the United Self-Defense Forces of Colombia (AUV), Salvatore Mancuso, confirmed what has been denounced for many years: paramilitarism is created and directed by the Colombian State itself.

In his virtual testimony from a jail in the United States, Mancuso not only stressed that “the paramilitaries are children of the State,” but also emphasized that “it was not done by bad apples but was something that is implemented by the high command, both military and political, of the country,” referring to the arguments of Colombian politicians and military personnel who have repeatedly said that the links demonstrated between politicians and the military with these groups are the product of “bad apples” and not the result of state policy.

Mancuso even asserts that he was recruited by high military commanders in the mid-1980s to form the paramilitary groups and points out that the practice of recruiting civilians to form such groups was outlined in manuals of the Military Forces of the time.

He also confessed that on a daily basis one of the high command of the National Police of Colombia reviewed his extermination activities and demanded compliance.

These paramilitary groups have been integrated into the Public Force to such an extent since their birth that even, according to this testimony, the AUC, the police and the Colombian Military Forces carried out joint operations and planned the national organization of these paramilitary groups “by quadrants” in order to cover the territory.

This has been claimed for many years by activists, researchers, and human rights defenders such as the Jesuit priest Javier Giraldo, who says in one of his research papers:

“The ’80s represented an exorbitant growth of paramilitarism, driven by an alliance with the biggest drug traffickers and the power of their money, and for this reason the paramilitary structures multiplied throughout the country and flaunted their cruel power, of shameless collaboration with the institutions of the State and of daring impunity.” 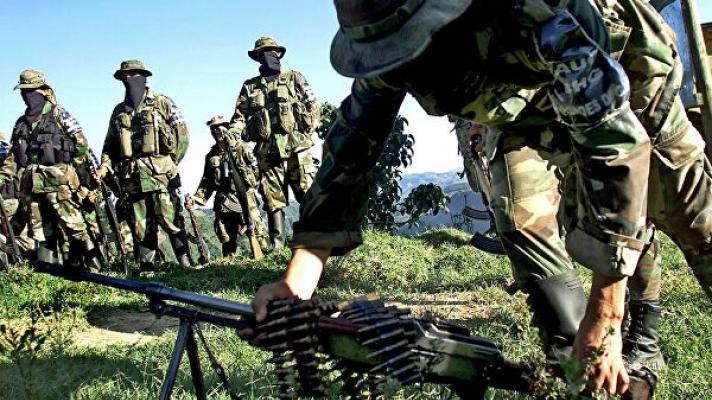 With Mancuso’s accusation against generals, colonels, and politicians like Álvaro Uribe Vélez himself, whose presidential campaign he claims to have actively financed and supported, new evidence was added to the political responsibility of governments and the State in the criminal actions of these organizations.

In addition, these complaints against Uribe confirm, for example, some of those made by Senator Iván Cepeda before the Colombian Congress in 2012. It was Uribe’s maneuvers to get rid of those complaints that ended up opening a case against him for witnesses tampering and procedural fraud.

This explains the abandonment of the borders of Colombia, in particular the border with Venezuela, where the military presence and that of the other institutions of the Colombian State is minimal, as repeatedly denounced by President Nicolás Maduro and, more recently, the Minister for Defense Vladimir Padrino López, in reference to the recent deployment of Colombian troops in the border department of Arauca:

“They gave the territory to the criminal drug trafficking gangs and now they want—as they dispute it there—to come and dispute a piece here [in Venezuela],” said Padrino. “It is not going to happen, it is not allowed.”

Certainly, what is really happening on this border is that the Colombian State has transferred territorial control to drug traffickers, paramilitaries, and private contractors who guard the transnational companies in the area, and US troops and military bases, while only confronting leftist forces and attacking organized communities and their leaders.

The links between these paramilitary organizations and the State also place blame on the State for the high number of massacres and selective assassinations of activists and social leaders: so far in 2021 these have already cost the lives of 43 activists and social leaders, 13 former combatants of the FARC-EP signatories of the peace agreement, in addition to 23 massacres recorded by March 28 of this year alone.

For this same reason, between March 25 and 27, a meeting was held by the Colombia Permanent Peoples’ Tribunal to try the Colombian State for political genocide, crimes against peace and impunity, and leaders from different social sectors appeared before it, as well as intellectuals and relatives of victims as complainants.

Drug trafficking and Colombian paramilitary organizations have also become protagonists of the constant attack against Venezuela, as demonstrated by Operation Daktari and Operation Gideon, favoring the interests of the United States and the Colombian political class, which have delineated the role of this country as a beachhead from which to attack Venezuela.

The recent events in Apure state are the product of that reality and are part of the scenarios of hybrid war against the Bolivarian Revolution.