The vaccination process against Covid-19 in Venezuela is not exempt from the current complexities of the country, nor has it ceased to be the object of attacks by the agents of the same structures that have imposed unilateral coercive measures (MCU) on the population.

There is ample evidence that both the “sanctions” and the blockade and persecution of the financial institutions of the State are politically motivated. The clearest example is that Venezuela is prevented from openly negotiating with the pharmaceutical companies that sell vaccines and the government has opted to obtain their supplies from strategic allies such as China and Russia, while others such as Cuba and Iran are preparing their respective vaccines to support this process.

TOWARDS AN OPTIMAL LEVEL OF IMMUNIZATION

According to what was announced last Sunday by President Nicolás Maduro on a national TV channel, this week the amount owed by Venezuela to the Covax mechanism, coordinated by the World Health Organization (WHO), would be paid in order to access more than 11 million vaccines to be allocated by this plan, equivalent to 20% of the vaccines needed by Venezuela to immunize its population.

The Venezuelan President pointed out that a vaccination process was launched which has not yet reached an optimum level of immunization and that he expects that during the course of May, June and July the country will enter an advanced stage of vaccination with the antidotes that will enter through the Covax mechanism.

On April 10, Executive Vice-President Delcy Rodriguez said that Venezuela paid more than 50% of the quota required by the Covax mechanism to have access to the anti-virus vaccines under this plan. The amount cancelled was 59.2 million Swiss francs, or about US$ 64 million, out of a total of almost US$ 120 million. 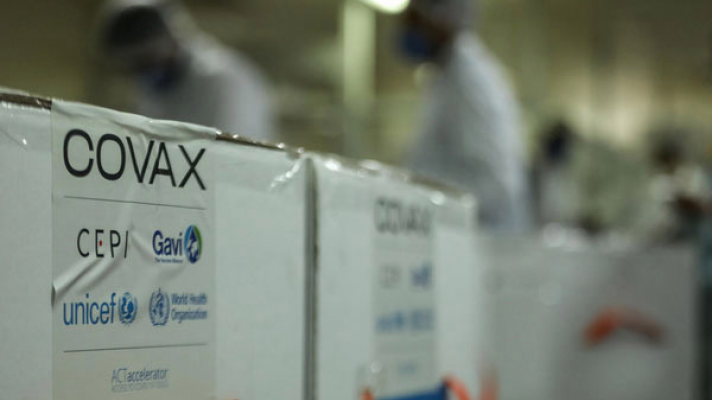 Several media reported protests called by anti-Chavez sectors demanding a vaccination plan against Covid-19, “without political criteria”, and with priority to doctors and nurses. In addition, former deputy Juan Guaidó announced that the payment of the Covax plan was being managed by the “interim”, the opposition was going to request to the Office of Foreign Assets Control (OFAC) of the United States a license to access the funds and pay for the plan, something that has not happened yet.

Venezuela, due to the efforts of the national government, has received 300 thousand Russian Sputnik V (Gamaleya) vaccines, of which 10 million doses have been negotiated, and 500 thousand doses from the Chinese BBIBP-CorV (Sinopharm), bringing the total number of drugs of this type to 800 thousand. The Minister of Health, Carlos Alvarado, assured on April 8 that 200,000 workers in this area had been vaccinated in the country.

Vice-president Rodriguez also announced that Venezuela will manufacture the Cuban vaccine Abdala in the Venezuelan state laboratory of biological medicines and vaccine production known as Espromed Bio, in Caracas. The vaccine, which has just reached its third phase of clinical trials, has demonstrated effectiveness of more than 50%.

The Vice-President declared: “We have been accompanied by the Cuban delegation to this plant to verify that all the conditions are in place for the production of the Abdala vaccine in our country”.

For his part, the Minister of Health, Carlos Alvarado, commented that a bi-national commission discussed options to make “adjustments in the plant” that would allow orienting the projected work. “Venezuela is looking for all possible alternatives for access to vaccines, and this is one of the most important options because of the brotherly relationship we have with Cuba”, said Alvarado, adding that the agreements to bring Sputnik V, from Russia, and Sinopharm, from China, are still in force.

For both officials, the link between Cuba and Venezuela is an example in the international arena and they affirmed that this pact makes possible the mass production of vaccines against covid. 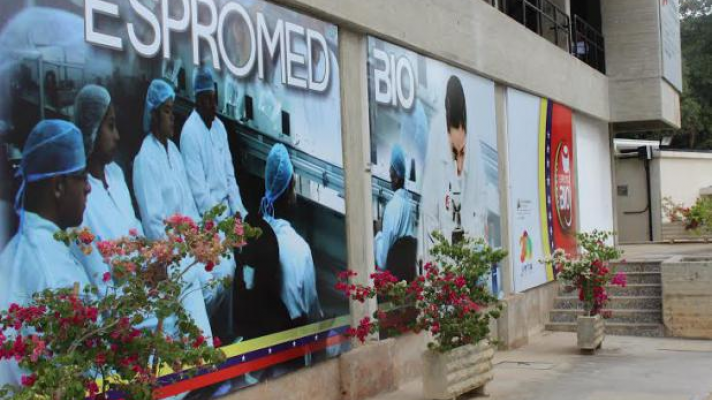 Cuba has five vaccine candidates: Soberana 01, Soberana 01, Soberana Plus, Mambisa and Abdala, which are in different testing phases. Abdala is based on the formulation of the RBD (Receptor Binding Domain) protein, which uses aluminum hydrogen as an amplifier of the immune response, as published by the Cuban News Agency.

The protein used by this drug is extracted from the Pichia pastoris yeast, which is widely used for biochemical and biotechnological studies, not for brewing beer as stated by spokesmen of the National Academy of Medicine of Venezuela.

The drug design uses the RBD and the ACE 2 receptor, the main access route of the coronavirus to the cell that infects and causes the disease in the individual, induces neutralizing antibodies against the SARS-CoV-2 virus in the cell, thus developing an immune response in the person. Its name comes from the dramatic poem by the Cuban politician and writer José Martí.

For the remaining sectors of anti-Chavism, NGOs that refuse to declare their financial backers and the “free press”, the tours requesting more “sanctions” and blockades against the acquisition of health supplies for the Venezuelan population are not enough. Having lost the capacity to mobilize their followers, they have opted to exert media pressure against the government demanding the implementation of actions that are obstructed by the more than 80 coercive measures issued against them.

In recent days, while governments in Europe discarded or suspended its use, these remaining sectors demanded the acquisition of the Oxford/Astrazeneca vaccine. As it became increasingly difficult to defend such demand, they mutated the discourse to the “politicization” of vaccination due to the governmental decision to contact the sectors prioritized by means of the Carnet de la Patria for the anti-covid inoculation.

Media aligned to the transnational right wing were deployed in a campaign of indignation which described the use of an effective tool for the management of the pandemic that has given positive results in Venezuela with relatively low numbers of contagions and deaths as “apartheid”, “exclusion” and “social control”.

The Patria platform, of which the carnet is the most visible part, emerged in 2017 in order to centralize in a single database more than 20 million beneficiaries of the social programs carried out by the Venezuelan government. Precisely, within the framework of the unconventional war of which the MCUs are part, President Nicolás Maduro has focused attention on different sectors, particularly the most vulnerable, assigning cash bonuses and CLAP food boxes.

The growth and versatility of the system has allowed it to become an instrument for early detection, geolocation of contagions and definition of contingency plans to curb the expansive curve of the virus. By means of a survey to evaluate Covid-19 symptoms and the response of more than half of those registered in less than a month, the Bolivarian Government was able to determine where to zone primary care for mild or severe cases and with what intensity, and to deploy rapid response actions and avoid deaths during the first wave.

The Venezuelan government and the people have had a mechanism that offers a comprehensive vision of the crisis and its critical nodes, while other countries have been slow in structuring and implementing epidemiological follow-up or vaccination registration systems.

Curiously, the greatest difficulty that the government has in moving towards 70% of the vaccinated population are the MCUs based on destabilizing motivations of the global elites; this has been exhaustively demonstrated by Trump. Today the majority of Venezuelans are not being vaccinated because these elites have “politicized” the Venezuelan government’s access to its resources deposited in foreign banks, with which it could buy enough vaccines to achieve an affordable goal for the Republic.

Curiously, countries such as Peru and Colombia, belonging to the Lima Group and to the first 20 countries with the highest number of contagions, have claimed they are implementing vaccination systems based on digitalization and a territorial approach. In the Peruvian case, the health emergency did not prevent some politicians from receiving two doses of the vaccine against Covid-19 from the Chinese company Sinopharm when it was being tested in the country at the end of last year.

Martin Vizcarra, former president of Peru, one of the Latin American countries hardest hit by the pandemic, was impeached (on other grounds) because the Congress in November 2020 ruled for alleged “moral incapacity”; the politician justified himself by assuring that both he and his wife had participated as volunteers in the trials. However, one of the doctors who led the study at the Peruvian Cayetano Heredia University assured in Congress that Vizcarra asked him for a vaccine for himself and another for his wife.

Meanwhile in Colombia, older adults who received their first dose were scheduled to receive a second dose on a certain date but, according to the circumstances, they were rescheduled for a later date. In addition, according to investigations by the Comptroller’s Office to the database known as Paiweb, 600 Colombians were vaccinated who were not part of the second prioritized group. There were also 189 people, between 18 and 25 years old, who literally skipped the line while 20 people, who appear as presumed deceased, received a dose of the vaccine.

The discrepancy between what has been announced by these governments and the reality is a cause of discomfort for several social sectors, their vast expenses in propaganda campaigns contrast with the limited quantities of doses due to the accumulation exercised by the rich countries.

The press that describes the use of a system of direct social benefits as “politicization” ignores the fact that other countries, such as the United States, use this mechanism for the direct attention of different social sectors. The possibilities of the Patria system in healthcare are as numerous as the vast set of complex, unstructured and structured data in its possession; used effectively it would contribute to uncovering deep insights and solving healthcare emergency management problems.

Approached as a Big Data tool for the healthcare sector, the information in the Patria Platform has the potential to be used for forecasting and analysis purposes, and to help make strategic decisions at every phase of pandemic care, from early detection through closure measures and vaccination itself. 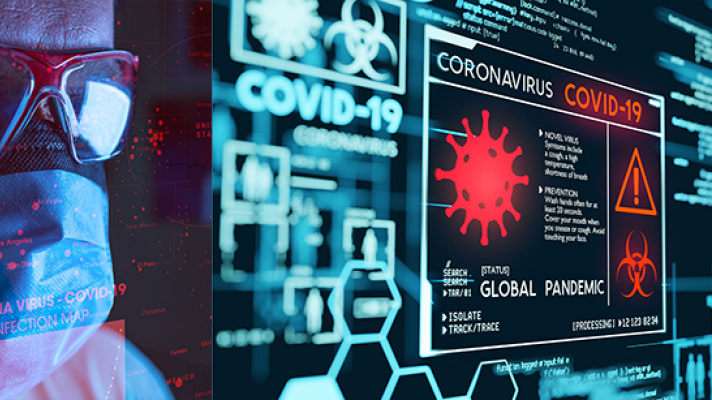 This issue has generated two opposing currents of ideas. First is, the application of the analysis of large amounts of data to social programs subject to punitive social control of people who are in a situation of vulnerability. Second, a current of preventive and collaborative approach that regards the processing of large amounts of data as an effective tool for transforming social programs towards new conceptions of home-based care and community outreach.