Professor Jean-Claude Gerlus, in his research “The Effects of the Cold War on U.S.-Haitian Relationsos “, was correct in pointing out that the Caribbean Basin was transformed into an undeclared war zone during that period. Reminiscences continue to be experienced in the region. A few days ago, the assassination of Haitian President Jovenel Moïse  took place, the perpetrators of which are mercenaries of U.S. and Colombian origin.

In view of this fact, uncertainty and political volatility are on the table in Haití, and as the assassination is being clarified, the interference of the United States and its satellite, Colombia, becomes apparent.

A country that has endured earthquake, pandemic, hurricanes, cholera, military interventions is, moreover, in the midst of a dilemma similar to the power vacuum https://t.co/QpgEM0Q5gw

Thus, it is appropriate to make a historiographic and political review, from a macro perspective, on the role of the Caribbean Basin in the geopolitical chessboard, taking into account two axes: the U.S. Caribbean Basin Initiative and the U.S. doctrine in the management of international relations in the Caribbean area.

But first, it is pertinent to point out some geopolitical considerations made by former U.S. Secretary of State Henry Kissinger on the importance of Haiti on the Caribbean radar: 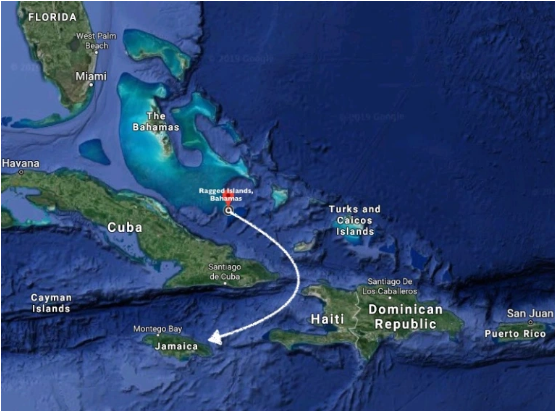 Adding to this consideration of the importance of the Caribbean, in early July the vice-president of the Council of Ministers of the Crimean Peninsula, Georgy Muradov, proposed in Nicaragua a faster route for trade with the Caribbean than the traditional northern route.

Muradov pointed out that with the current logistics chain along the northern European seas it takes more than 45 days to deliver goods from Nicaragua, Cuba and Venezuela to Russia. While the route to the Eurasian country via Crimea would be more than twice as fast.

"In 17 days it is possible to deliver any cargo from Latin America to Crimean ports for all of Russia," Muradov explained.

1. Origin and promotion of the Caribbean Basin Initiative

The Caribbean Basin corresponds to the geographic strip that envelops the Caribbean nations, stretching from the northern coastline of Venezuela and Colombia, passing through eastern Central America and ending in southern Florida.

This vast maritime space is of paramount importance to the United States, which, beyond its proximity, resources and trade routes, makes this area a frequent target for interference and interventions of all kinds by U.S. administrations.

Part of the basis for that approach is driven by Alfred Mahan’s book The Influence of Maritime Power in History: 1660-1783, which inspired then U.S. President Theodore Roosevelt to expand U.S. maritime power in order to secure resources and naval “highways” (as Mahan categorized them) for ships of all types throughout the Caribbean and Pacific.

In that book, Mahan explained some important clues about that framework: 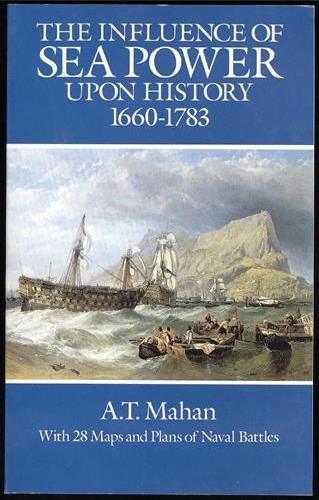 So the general elements raised by Mahan contextualize the tactics made by the United States that were executed in the 19th century, hand in hand with a legal instrument that extrapolated the borders: The Guano Islands Act of 1856, since that law gave the abusive power to U.S. citizens to take possession of Caribbean lands that possessed guano deposits, an important resource for the time because it allowed the refertilization of U.S. agricultural lands

After this stage of imperial expansion and following the invasion of Grenada, sponsored and coordinated by the White House, the United States shades the tactic towards the Caribbean by unilaterally raising trade programs known as the Caribbean Basin Initiative (CBI).

This program was launched through the Caribbean Basin Economic Recovery Act (CBERA) in 1983, then expanded to the nature of shared security in 2010, purportedly to reduce illicit trafficking and increase U.S.-Caribbean security.

With this cornerstone, the United States invested more than $556 million for CBI through programs administered by the U.S. Agency for International Development (USAID) from fiscal year 2010 through 2018. Such investment, for example, has not brought real benefits to the region, so it is ostensible that it responds to opaque agendas in favor of U.S. interests, both in security and trade.

As a result, the agreements lead the Caribbean countries to depend drastically on foreign “aid”, creating disadvantages in negotiations with the U.S. government of the day, putting the respective national agendas at risk.

In short, the character of the IWC is openly bilateral and threatens regional integration, promoting and strengthening U.S. interests as well as its economic and military predominance in the Caribbean front, an area regarded by Washington as its fiefdom in the South.

In 2015, Barack Obama’s administration was pushing the Caribbean Energy Security Initiative at an energy summit, and then Vice President Joe Biden was saying a few words about it:

The new U.S. escalation against Venezuela had already begun, the first target to be attacked being the platform of integral cooperation between Venezuela and the Caribbean nations: Petrocaribe.

The United States’ geostrategic approach to the Caribbean space is made up of its main foreign policy lines, transmuted into its self-proclaimed virtues: exceptionalism and universalism.

U.S. Exceptionalism: cultural instrument or excuse to legitimize its actions of interference by generating the belief or myth that the United States is a qualitatively different or superior nation to the rest of the world, in other words, a unique nation.

American universalism: belief in the broad scope of some American idea or doctrine that has universal applicability.

With these two tenets, U.S. officials assert or justify their actions because, for them, under this conception, any international actor or state that is not in tune with U.S. interests is considered a threat.

Under these precepts, history tells how the Monroe Doctrine with its “America for (North) Americans” aimed at Europe later became part of the gringo raison d’état. However, it was Theodore Roosevelt in 1904 who expanded the interference towards Latin America and the Caribbean, and this is what is known as the “Roosevelt Corollary”.

This variant of the Monroe Doctrine consisted, according to Roosevelt, in that the United States could “exercise international police power in flagrant cases of such irregularities or impotence”, serving as justification for uninhibited U.S. intervention in Cuba, Nicaragua, Haiti and the Dominican Republic.

In an antagonistic manner, Commander Hugo Chávez rescued and promoted the integrationist ideology of the Liberator Simón Bolívar. With a geostrategic vision, energy alliances were expanded, in a sovereign manner, towards all regions and a great turn was made in the dynamics of Venezuelan foreign policy directed towards the Caribbean.

After repeated meetings and signed commitments, in 2005 the Petrocaribe Agreement was signed for the supply and financing of oil and other products, under the pillars of cooperation among the participating nations.

This geopolitical milestone marked the beginning of the construction of an alternative in the dynamics of international relations in order to counteract the influence of the United States in Latin America and the Caribbean, giving a slap in the face to the US corollaries of the last century, freeing them from the exploitation of oil transnationals.

In 2012, Comandante Chávez expressed: “Petrocaribe has truly become an unprecedented cooperation mechanism, unprecedented in this world and I believe that it is the most advanced in the planet today, of cooperation and exchange, of solidarity, and may serve us much more besides”.

It was no coincidence that Barack Obama, before leaving the Oval Office, made a presidential trip in 2015 to Jamaica, which his predecessors in office had not done since 1982. The purpose of that visit was to address the issue of energy security, with which the former Democratic president prepared the ground so that, in the years to come, the onslaught of “sanctions” would hit the Venezuelan oil industry harder in order to break Petrocaribe.

While this geopolitical review of the Caribbean area is being written, they intend to destabilize Cuba, as part of the Paso de los Vientos and founder of ALBA-TCP, trying to impose on it a color revolution with a US patent. The strategy against the Caribbean has that island at the center of the dispute, and is directly connected to the geopolitical framework that goes from northern Florida to the southern Caribbean basin.

Currently, in the midst of the U.S. siege against Venezuela, Venezuelan President Nicolás Maduro is focusing on the guidelines set forth in the Bolivarian Alliance for the Peoples of Our America – Peoples’ Trade Agreement (ALBA-TCP) as a space for strengthening Petrocaribe, because regional integration requires the implementation of fair and comprehensive international policies that allow transcending the energy issue and moving towards commercial forms of cooperation and international relations, which leave the already defeated U.S. position, still entangled in the conflict, light years behind.